skip to main | skip to sidebar
*** CURRENTLY UNDER RECONSTRUCTION ***

"There is no amount of pretty in the world that can cover a venomous heart."

Ah, the irony! Rhonda Huntress said that, and she also said: 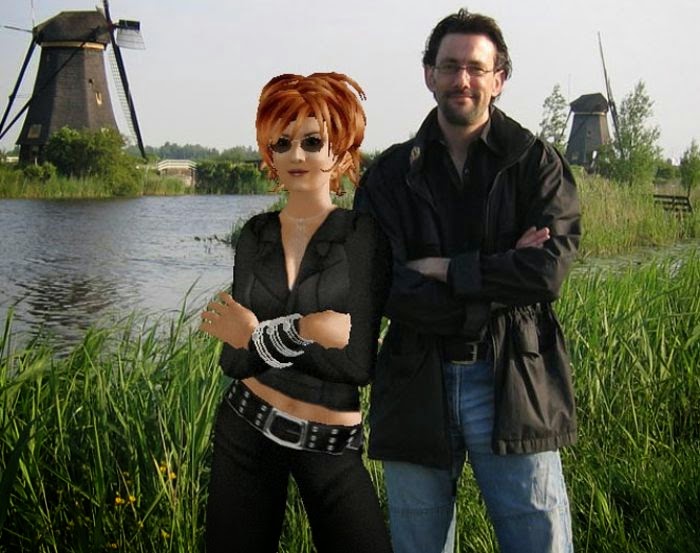 Mr Tish has completely lost it. Again. Won't he learn? Is one of his many psychological defects a memory problem?

Pep (suggests Mr Tish gets his medication changed to something that cures the STDs - that's Sarcastically Transmitted Destruction - that infects attention whores that fuck wth Pep.)

PS The photo was taken of a previous incarnation of Mr Tish before he got "sunburned" . . .

PPS You'd have thought that Mr Tish would be better at recognising Pep's alts by now, wouldn't you!
Posted by Pep at 11:11 1 comment:

Have I quoted this before?

Because I should have!

Pep (He was a smart bloke - for a politician. He wrote the first Gothic Novel: The Castle of Otranto.)
Posted by Pep at 10:25 3 comments:

I can't even quit without someone talking about me!

How they hangin', Pep? There is room for divergence between the terms. Courtesy in particular suggests respect for the other party. Given that I have no respect whatever for Storm (or you, for that matter) I can't really think of myself being courteous. I can usually remain civil. Not always, as I've just demonstrated, but usually.

Obviously, he isn't up-to-date reading this blog, or he'd know I'm out of LL web-properties for a while. I'm not surprised that he misidentified Dewi Silures (Cool handle, by the way!) as me, since the number of LL users who could type "civility" without an "s" - or without copying it from the preceding post, as you have done, Mr Dillon (shades of Chester!) as with "courteous" - could probably be counted on two hands.

It ain't me babe, as the mispronounced minstrel sang.

Oh, and the disrespect is mutual, although I have a basis for my opinion, whereas yours is defined by your ignorance.

You may have noticed that the Second Life account of Pserendipity Daniels is no longer available to the public; this is - unfortunately or otherwise - concomitant with an offer I could not refuse which would allow me to "put my money where my mouth is" as my Dad might have said, except that he's pushing 90, has never touched a keyboard in his life, and refuses to turn his hearing aid on except to listen to the sports commentators, all the better to berate their ignorance. And you wondered where I might have got my attitude?

So, for the time being, Pep is going to have to back out of all and any Linden Lab net properties; his retirement is, of course, reversible, but certainly not for a "probationary" period, which just happens to end soon after the soccer World Cup.[Editor's note: You're over-using commas; keep it simple, stupid!]

I hope this ends the speculation. Contrary to the rumours - which I, in fact started - my "demise" has not been caused by the deleted feed post in which I might have implied that Lee Senderov's disemployment as VP Marketing was a consequence of her ineffectualness, exacerbated - how dare she! - by her reprioritisation from promoting SL to transferring her reptile-brain focus from rat-like dogs to new human beings who look like Winston Churchill on a bad day. Good luck with the diaper changing is what I say; I am sure that the Shopular free samples she will be getting from her new (presumably part-time, working from home) position will come in useful, if the begging on the baby registry didn't work out. The settlement in lieu of litigation will also have bought a few baby bootees.

If I had an agreement, part of which would involve the denial that an agreement existed, it would probably recognise that it would be an unfair restraint to prevent activity outside Linden Lab properties, so Pep will live on, but only here on his blog. Anybody that you might think could be Pep in other non-LL 'net properties is not Pep, however good their English and acerbic their tone. {Editor's note: And however many commas they use.]

PS This is a much more amusing visual commentary on the situation: 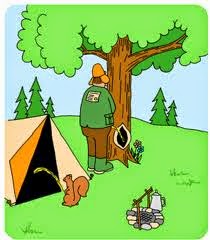 St Valentine's Day is fast approaching. Well, even though the days are getting longer (OK, it's daylight hours that are extending, not the days themselves; that would be ridiculous, or if true it would mean that climate change would actually be something worth talking about) they are becoming more boring as everyone recovers from overindulgence during the Solstice holidays. Apart from the false hope offered by Jumpy's re-emergence (sorry, mate, you are now officially yesterday's news) and the continuing fascinating news from the subcontinent regarding the availability of professional sex-surrogates, the various Linden Lab internet properties are officially a source of mind-numbing ennui. That's not to say that LL hasn't tried to improve things by removing Private Messaging (not that I allowed anybody to message me anyway) although their other attempt to enhance the Feed by preventing the posting of lookatme images has only been an incomplete success.

But other internet platforms are available. For example - and this is why I referred to February 14 at the start of this post - the liberal lack of taste censorship - even in a fascist semi-democracy like Greece - means that Moaner is allowed to persist with her quasi-libellous campaign to convince anybody who can stay awake long enough that I am pro-rape. The silly girl is persisting in her delusionary belief that just because I consider that "gender-based violence" is a misleading term when it is actually used to describe violence against women, I support the latter.

Statistics show convincingly that males are significantly more likely than women to be subject to violence - to such an extent that four out of every three are likely to be victims of violence during their lifetime, if you used the same nonsensical presentation as the OBR semi-amateur PR machine endorses. So if you are going to have a campaign to raise the profile of "gender-related violence" why does it focus solely on women as victims? I am not going to suggest they enjoy that role - even though I consider that everyone who participates in a less than regulated internet forum is masochistic, except me - but rather I am going to call the organisers out as hypocrites: Say what you mean, you propaganda cowards, stop using mealy-mouthed inaccurate politically incorrect terminology and publicise the event as one which has its focus as violence against women because they are women.

That isn't just about sexual violence, either. It's about them being easy victims because they are relatively weak in comparison with men; because they allow their emotions to rule their logic, and hang on to relationships with violent men (because they love them irrationally, or because no rational man would have them?) and remain silent when offered the opportunity to change their circumstances.

I find it situationally ironic that OBR schedules its terpsichorean celebration (yeah, dance against violence, that's effective) on the anniversary date universally recognised to commemorate a man being beaten, stoned and beheaded. Are those feminists organising OBR deliberately celebrating violence against men?

Pep (Of course, you might subscribe to the belief that St Valentine's cult was invented by Chaucer, as a cautionary tale warning those who wished to encourage the insanity of inter-gender commitment that it would end in tears.)

PS I also find it amusing, particularly since it directly contradicts those who claim otherwise, that the most recent publication of Eve Ensler, the born-again lesbian and false memory syndrome sufferer who founded OBR, is entitled "I am an Emotional Creature", an extract - expressing its main theme being: "Things do not come to me as intellectual theories or hard-shaped ideas".Work that reptile brain baby!
Posted by Pep at 10:19 No comments:

PS I'm making a really good curry to eat tonight; it will be a korma!
Posted by Pep at 11:44 No comments:

Death by LOLcat? Death OF LOLcat!


Storm apparently recently invited, in the SL Forums, grammatical batterings by humour-challenged felines. This is what is likely to happen if one intruded upon Pep. 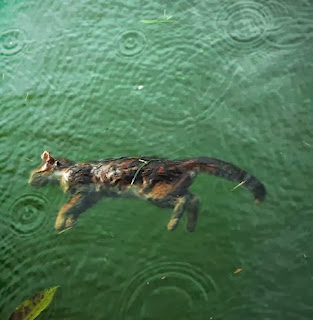 No, it hasn't gone for a swim; the burlap bag must have rotted.
Pep (Aren't the interference patterns made by the raindrops fascinating!)
Posted by Pep at 15:50 No comments: